DNF: After Eden by Helen Douglas 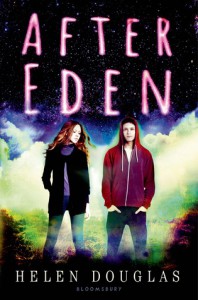 Gave up after 150 pages of cliches and Eden hating on other girls (especially Chloe Mason; my GOD, Eden has such a hate-on for Chloe).

After Eden is a list of cliches turned into a time-travel story. There are the dead parents, how all the girls fall all over themselves for Ryan because there are apparently no lesbians in their part of England or any girls who wouldn't be interested in him because he's so sexy, a heroine who doesn't know she's beautiful and denies it every time her crush calls her beautiful (fact: I subtract one star if the main character in any YA novel is exactly the kind of girl One Direction sings about in "What Makes You Beautiful") and the works.

Eden, Ryan, and Connor are all flat as the paper the book is printed on. It's insta-love all the way with Eden and Ryan, though it was excusable at first because it seemed like a simple mutual crush. Unfortunately, it got more grating as the novel went on and earned the insta-love title.

With Connor and Eden, we're told they've been friends for twelve years and they're very close and he's a good guy for real. Well, I sure wouldn't know it! Almost every time we see him, he's so busy being a jealous prick that we never get to see anything that would so much as hint at what has sustained their friendship for twelve years. How Eden didn't notice such an obvious crush is beyond me.

Now we come to Chloe. Her fake tan is so bad she's orange, she wears a bunch of short, tight clothes, and she's all over Ryan because she sees someone she likes and goes for him. That makes her a pathetic joke, according to Eden. Chloe gets this over and over and over again in just 150 pages (and probably gets it even most after this point, but I didn't have the patience to read on), but she's just the main target. Other girls get it too; a couple of girls bash Eden because Ryan is interested in her and go on about how sexy Ryan is.

Jesus Christ, YA, women are not the enemy! We're probably the majority of your audience, so it would be nice to stop insulting us and trying to pit us against each other, please and thank you.

My last four days have thrown a lot of shit at me. I've been on the edge of three breakdowns, two of my roommates were complete assholes to me and haven't apologized yet, one of them has yet to realize she upset me at all because she has all the emotional sensitivity of a decapitated buzzard, I'm on crunch time with a major project, there was an ordeal earlier this week with a book that stressed me out, I desperately want to let out the pressure in my blogging bottle but realize I will most likely be forced to quit blogging if I say what's really on my mind, and this is all happening in the middle of midterms.

Do I have time for this kind of shit too? No I don't, and I'm not going to give it that time. The only nice thing I have to say is that it's not outright offensive that often. Just dumb.